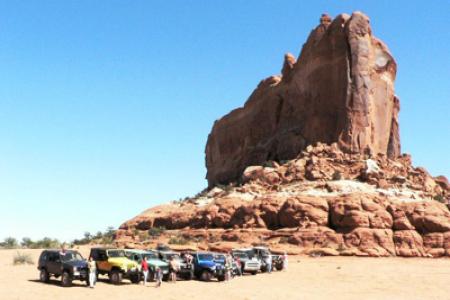 The Sevenmile Rim trail leaves Highway 191 just north of Highway 313, about 11 miles north of town. It passes the old Cotter uranium mine and switches back to reach the cliff rim above the mine and Highway 191. The intense mining activity left a maze of core-drilling roads on the mesa top, and the trail seeks the most interesting of these. At the southern end of the rim it turns west to parallel UT 313. Along the way, Uranium Arch is visited. The trail joins other roads in the vicinity of Merrimac Butte and Monitor Butte before tucking up near Big Mesa. It passes near Determination Towers before using Tusher Pass to dip into Tusher Wash and the interesting environs beyond. Approximate mileages: 51 total, 21 off highway.

The trail route is near the Moab Fault, a geological fracture that left the trademark rocks of Canyonlands standing higher than the surrounding colorful Morrison formation.  Entrada Sandstone cliffs are constantly in view. The rim views include Sevenmile Canyon, the Arches National Park area, and the Book Cliffs to the north.

There is considerable two-track dirt trail, lots of slickrock, some sandy sections, a sandy washbottom, and a sandy hill near the end.

The cliff rim portions are mainly scenic. Uranium Arch can be walked across. The south side of Merrimac Butte has exciting sidehill slickrock driving and is near Wipe Out Hill, which can be visited if there is time. The last part of the trail, if used, runs the reverse direction of the Wipe Out Hill Trail in the Tusher Canyon system, and finds easy hills of that trail to be hard, and vice versa. 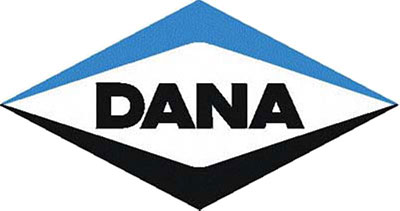